Inch Cape Offshore Limited has selected Montrose Port as the future operations and maintenance base for its offshore wind farm – which will see up to 72 turbines located 15 km off the Angus coast.

The wind farm, owned by Red Rock Power and ESB, will create an initial £5.2 million investment and more than 50 long-term skilled jobs during its lifetime.

The decision was marked by a visit to Montrose Port by local MSP Mairi Gougeon, Cabinet Secretary for Rural Affairs and Islands at The Scottish Government, where she was able to meet senior figures from Inch Cape and Montrose Port to discuss their plans.

The Inch Cape Offshore Wind Farm has applied to the UK Government for a long-term energy contract in its latest ‘Contracts for Difference’ allocation round, with results expected this summer.

If successful, this will trigger the18-month £multi-million investment programme in the Angus port with more than 50 long term skilled operations and maintenance jobs to follow.

Initial work on the infrastructure upgrade will begin in 2023 with the construction of offices and warehouse at the port’s South Quay.

A dedicated pontoon for crew transfer vessels travelling to and from the Inch Cape site will also be constructed along with the installation of dock side cranes and a communications mast, with the latest technologies in vessel fuelling being considered as an additional investment.

Works are expected to be complete and the base operational by early 2025 to coincide with the commissioning of the first turbines at the offshore wind farm. Once fully operational, the Montrose base will support up to 56 direct, full-time equivalent (FTE), long-term jobs including turbine technicians, asset managers and office staff.

“This award highlights the direct long-term economic benefits which are flowing into local communities across Scotland as a result of our fast-growing offshore wind industry. The Inch Cape Offshore Wind Farm, which will provide sustainable career-long jobs for people in Angus, is a great example of this.

“Montrose Port has long played an important role in supporting Scotland’s offshore energy sector and the investment announced by Inch Cape will help it become a major facility supporting our just transition towards a Net Zero economy.”

“This new infrastructure will make Montrose Port a key element in the Inch Cape Offshore Wind Farm, which will become one of Scotland’s largest single sources of renewable power, operational for at least 30 years. We plan to utilise the very latest technology to reduce carbon emissions from vessels to operational base designs, operating and maintaining some of the biggest wind turbines in the world deployed in water depths of up to 57 metres.

“If we succeed in the current Contracts for Difference round, Inch Cape will deliver millions of pounds of new investment, not just in Montrose but, with other key suppliers and facilities in Scotland and beyond, supporting local communities and a transition to a greener economy. The UK is already a world leader in offshore wind and this project will see Inch Cape increase this lead – delivering long-term skilled jobs and enough electricity to power more than a million homes.”

“We are delighted to welcome Inch Cape to Montrose as part of our growing offshore wind portfolio. We aim to become the go-to port for the industry and believe that with our geographical position, deep water berths, and sheltered quays we are ideally placed to do so.

“As a Trust Port we are driven to develop our offering to benefit our community of stakeholders both now and for future generations to come. We have already started to see the benefits offshore wind can bring to our regional economy and we are proud to be championing Montrose and the wider Angus region as a bastion for green energy.” 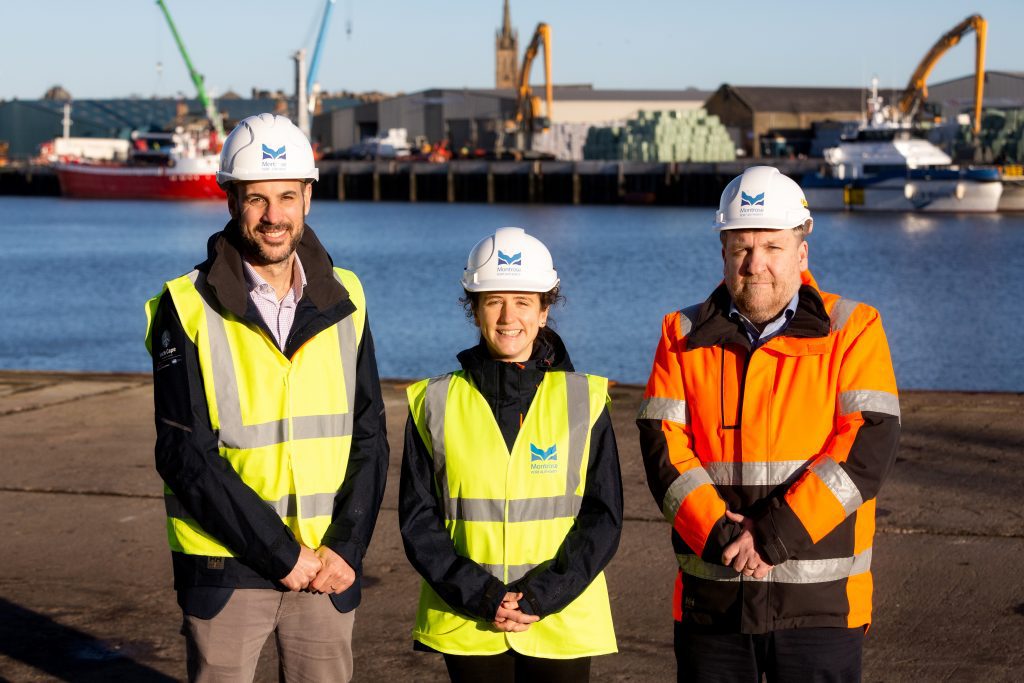